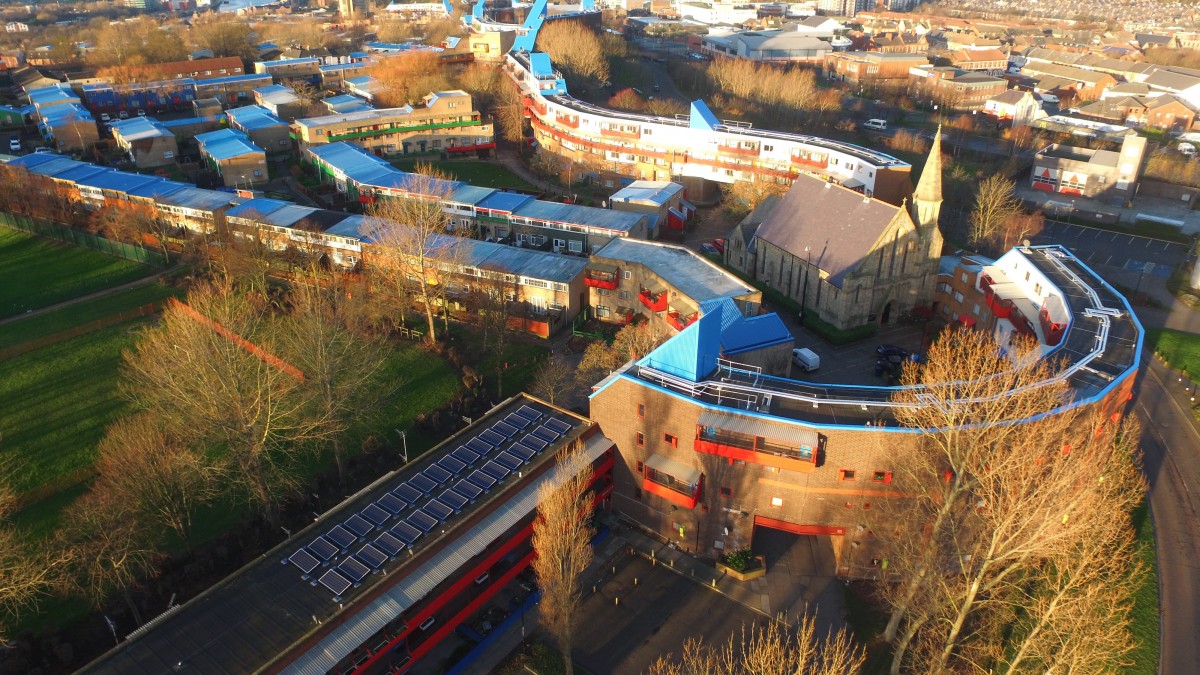 The charrette group I was part of was the “People Watching” one, where we were assigned an area of Newcastle city to observe and to film, in order to identify and understand how people use space, their behavior using it, and their perception of it.

The area assigned to my team was Byker. We did an initial recognition trip to observe the surroundings, and to discuss what things we would like to capture on video. And then, we came back to actually record scenes of Byker’s everyday life. What we did was a comparison film, between Byker and Newcastle City Centre, where we identified the differences of these two.

On one hand, the city centre is a very vivid place, where you can find users doing all kind of activities from shopping to resting and exercising. In addition, the transport hubs, such as the Monument metro station, are in constant movement, with dozens of people coming in and out of it every minute.

On the other hand, Byker presented a whole different scenario: low to none use of streets, meaning just a few people outside, which translates in a sense of unsafe streets; garbage in sidewalks, closed ground floor stores in a commercial street, giving the feeling of abandoned buildings, and not so active frontages.

This film gave us an overview of some issues about Byker’s public life needing addressing. From that, we got some ideas on how to tackle them, for example, like installing little food stands close to some public spaces to give that economic support, so the place will have an active presence all day, and a great way of attracting more people.

In conclusion, through this Charrette theme we learned how observation is a useful tool for us designers, which give us the initial ideas on what to do next.