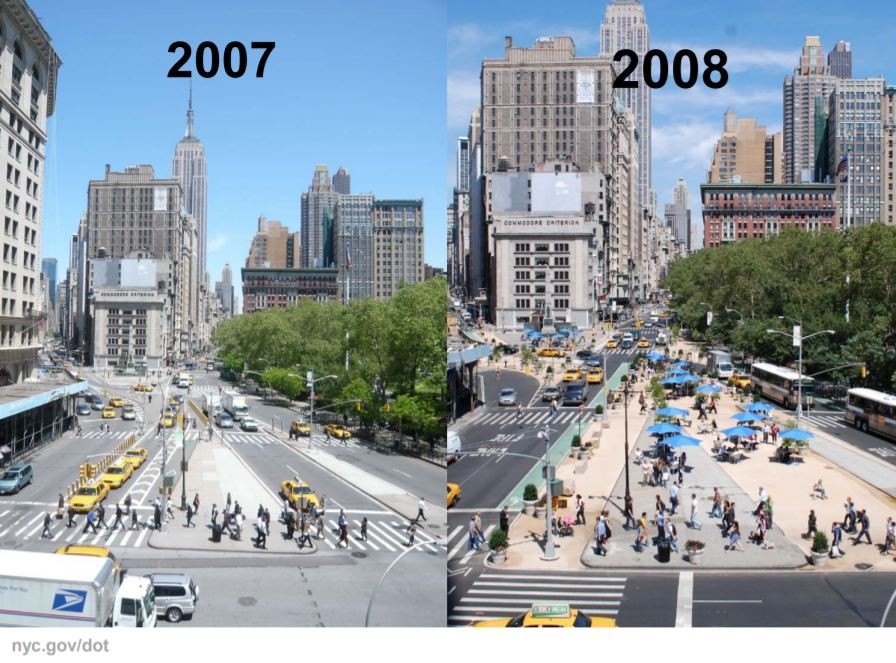 Thanks, Winnie, for pointing out such an interesting subject on your post about the relationship between different modes of transport. It is really intriguing to me the way we can get cars, bike users and pedestrians to coexist at the same time, in the same space. Nowadays, this has been called “shared space”, which has been defined by the UK Department for Transport as “a design approach that seeks to change the way streets operate by reducing the dominance of motor vehicles, primarily through lower speeds and encouraging drivers to behave more accommodatingly towards pedestrians.” (PPS, 2017)

This concept was born in the Netherlands and was pioneered by traffic engineers. The Shared Space Institute presents this emerging term as a design concept, where all traffic control devices (signals, stop signs, crosswalks, curbs, etc.) are removed, in order to integrate sidewalks and vehicle lanes. This way, the absence of all these street elements force all users of the space “to negotiate passage through the space via eye contact and person to person negotiation” (PPS, 2009)

We have some great examples around the world of how big cities have accomplished to decrease the dominance of vehicles in public spaces. One of these is New York City, where it is amazing to see how this city has succeeded in balancing different modes of transportation and accommodating all users, which “has improved mobility, travel opportunities, and sustainability, while reducing injuries on its streets” (PPS, 2014)

The Flatiron Shared Street, north of Madison Square, is the first street in New York City transformed to a full-time shared street configuration, according to New York Department of Transport. It gives an example of how pedestrians and cyclists can safely take up all the space they need, and share it with slow-moving vehicles (DOT, 2017) 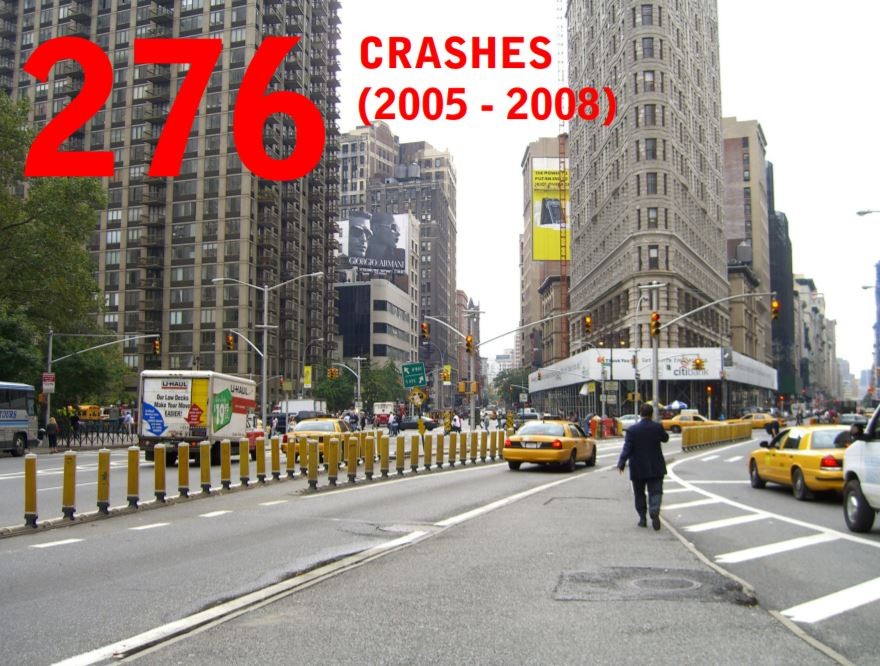 The success shared streets have is because they encourage a socially responsible behavior when we use our public spaces. As PPS (2009) presents it:

This is all premised on the idea that traditional streets allocate distinct spaces to the different modes, and in doing so create a false sense of security to each user leading them to behave as if they have no responsibility to look out for other users in “their” space.  This obviously works best for operators of motor vehicles, who are sitting within the protection of a ton and a half of steel.

Project for Public Space (PPS) (2009). Where the sidewalk doesn’t end: what shared space has to share [online]. 16 August. Available at: https://www.pps.org/article/shared-space  (Accessed: 22 December 2018)

One response to “COMMENT TO “THE ROAD: A PUBLIC TERRITORY””