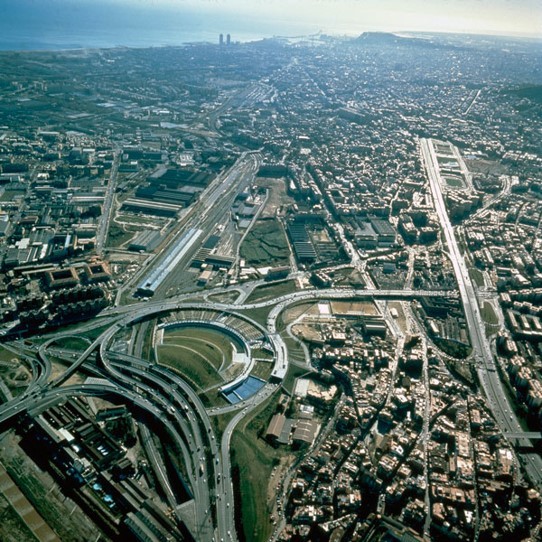 The contemporary growth-oriented human socio-economic systems have been widely regarded as the root cause of large-scale environmental crises including global warming, desertification, air and water pollution, etc. The desire to deal with global ecological issues and to achieve environmental health in the process of urbanisation has spurred the emergence of Landscape Urbanism, a new urban design approach that insists landscape to replace architecture as the new organising element of the contemporary city (Waldheim, 2006).

Landscape Urbanism is based on the opinion that contemporary urban development is a process of decentralised and horizontal urban sprawl that embedded in natural processes of constant change and transformation. It views city as an ecological system and rejects the opposition of nature and city. Through the construction and improvement of landscape infrastructure, landscape urbanism combines the function of landscape infrastructure with social and cultural needs of the city, hence, the seemingly opposite terms “landscape” and “urbanism” are joining together to respond to the open-endedness and indeterminacy of economic, political, and social futures.

Landscape is regarded as “a salve for the wounds of the industrial age” (Waldheim, 2006) and has been effectively utilised in the regeneration of post-industrial sites. Gas Works Park designed by landscape architect Richard Haag in Seattle is a good example. The former coal gasification plant has been transformed to a popular public park.

Another example is Duisburg Nord Steelworks Park designed by Peter Latz in Germany in 1991. Although the site had been polluted for more than eight decades when the coal and steel production plant was abandoned in 1985, Peter Latz’s design embraced its industrial past and preserved most of the existing site. Different parts of the site were connected together by a series of walkways and waterways; ecological green space was carefully introduced to remediate the polluted soil and revitalise the industrial heritage.

In addition, Trinitat Cloverleaf Park in Barcelona demonstrates the integration of transport infrastructure and public space, which is another key strategy of landscape urbanism. Enric Batlle and Joan Roig designed the park in 1992. The park constructed with the highway form a synthesis that fulfils complex requirements. Vegetation, water and berming are well-organised to create buffer bands between the park and busy traffic.

The High Line is probably one of the most famous projects that exemplifies the utilisation of landscape to revitalise derelict urban space and infrastructure. Planted vegetation in conjunction with amenities including paved paths and benches successfully transformed the obsolete railway into an elevated linear park on the west side of Manhattan. Since opening in 2009, the 1.45-mile-long park has become one of the top visitor attractions in New York and attracts about 5 million visitors each year, which brings significant benefits to the city in terms of social and economic aspects. The value of real-estate along the route has remarkably increased and it also stimulated real-estate development and urban renaissance at the surrounding areas. 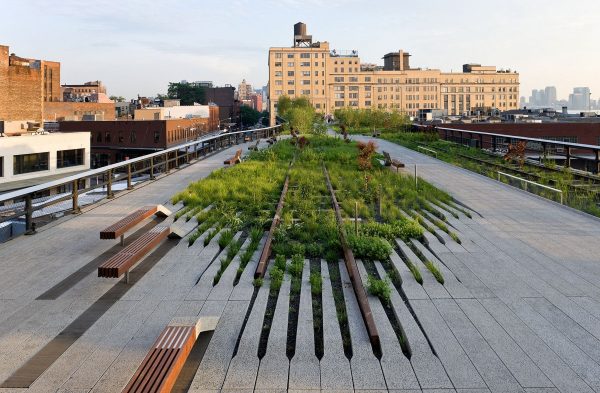 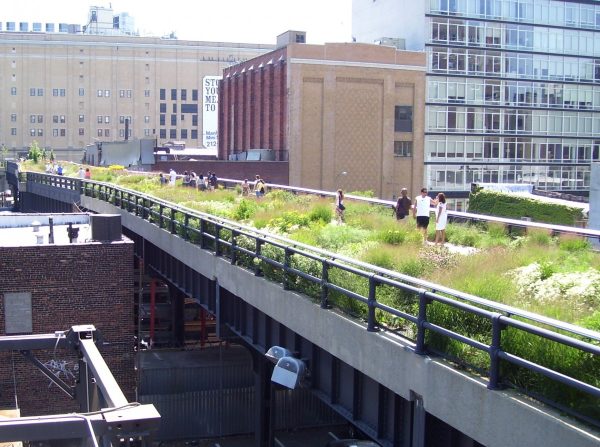 Landscape urbanism breaks the long-standing opposition between nature and cities, and utilise landscape as infrastructure to provide an alternative way of producing urban effects, which allows urban environment to process over time. Criticisms of landscape urbanism include its reliance on diffuse urban form and lack of ability to deal with the density demands of emerging cities; as well as the tendency to simply greenwash cities instead of organising the city systematically. As a critique and evolution of landscape urbanism, ecological urbanism views city as an ecological construct and argues for a more holistic and ecological approach to organise cities. Both landscape urbanism and ecological urbanism suggest the connection between urbanisation and ecology; and emphasise the potential of landscape to deal with urban problems. They provide an inspiring perspective to let us rethink about the relationship between nature and human activities in the process of contemporary urbanism.