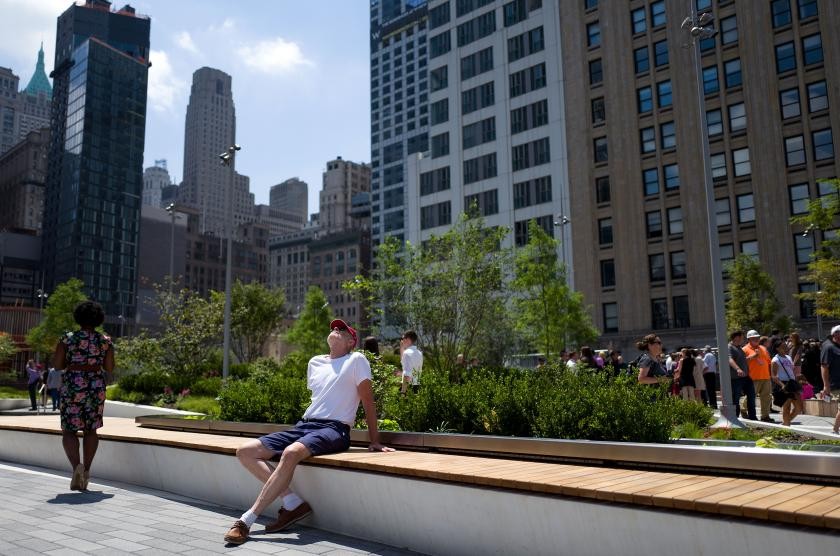 Tim Townsends lecture on the ways in which Urban Design can influence societies health and well-being provided an interesting insight into the ways into the way attitudes towards this have changed over time.

I was most interested in the ways in which historically the relationship between health and place has been much more pronounced. Wendy Perdue suggested that “In some ways, sanitary engineers were the first urban planners in America” (2003. 557), as public health reports started to offer recommendations of urban layout to minimize the spread of disease. This influence on Urban Design lasted through the Modern era with Corbusier’s ideas of the radiant city however began to lose its grip during the post-war period, as economic development became the main driver for urban planning.

In recent years there has been a shift back towards the promotion of health through environment, as society realises the impact of ignoring this link. Car focus design has led to increased levels of air, water and noise pollution in cities (Croxford, 2014), as well as leading to inactive lifestyles which leads to increased obesity and associated health problems.

In this post I would like to discuss the mental wellbeing aspect to this renewed focus on health in urban design, as this is an area which has, unlike physical health, not historically been considered in the built environment.

The concept of mindfulness is not one that fits most people’s definition of the city environment, more often associated with density, intensity and to many, stress, and with good reason. Research by J, Peen found urban living was associated with an increased risk of mood disorders (39%), anxiety (21%) and schizophrenia (>100%) (Peen et al, 2010). While other research has shown increased dependency on cocaine and heroin when compared to rural living (SAMHSA, 2012). As mental wellbeing comes to the forefront of global discussion, and the urban population continues to rise, the responsibility falls on Urban Designers to create spaces which nurture a positive environment for their inhabitants. The task of designing for the mental within the physical is certainly daunting, which is why I believe it is of upmost importance that it is advocated on every level and at every opportunity lest it be swept under the rug.

The Centre for Urban Design and Mental Health is one group which champions these ideas and highlights several ways which cities can help to improve mental health:

(The Centre for Urban Design and Mental Health,2019)

While I cannot discuss all of these in depth, the concept of pro-social places is one I believe can be tackled efficiently through good urban design

Neuroscientific research shows that we tend to dwell in our internal thoughts unless we are otherwise engaged in our environment (Buckner et al, 2008), it is argued that low mood can increase the tendency to internalise in this manner which can lead to dwelling on negative thoughts and social isolation. Design can combat this by encouraging active participation in the built environment, incorporating street benches, chess tables and children’s parks as a few examples to break monotonous design and encourage participation.

None of these concepts are new to the field, green spaces and access to nature have been advocated heavily by Urban Designers for years, and their recommendations for safety have more than a hint of inspiration from Jane Jacobs work, The Death and Life of Great American Cities, (1961). What makes this movement stand out is our position in an age where the positive mental effects of these interventions can be reliably measured and, on that basis, advocated for. With increasing pressure on mental health services governments will be looking into alternative approaches to handle this growing issue, making now the optimum time to make concrete steps towards change, making clear the benefits of good Urban Design to enhance the lives of citizens.