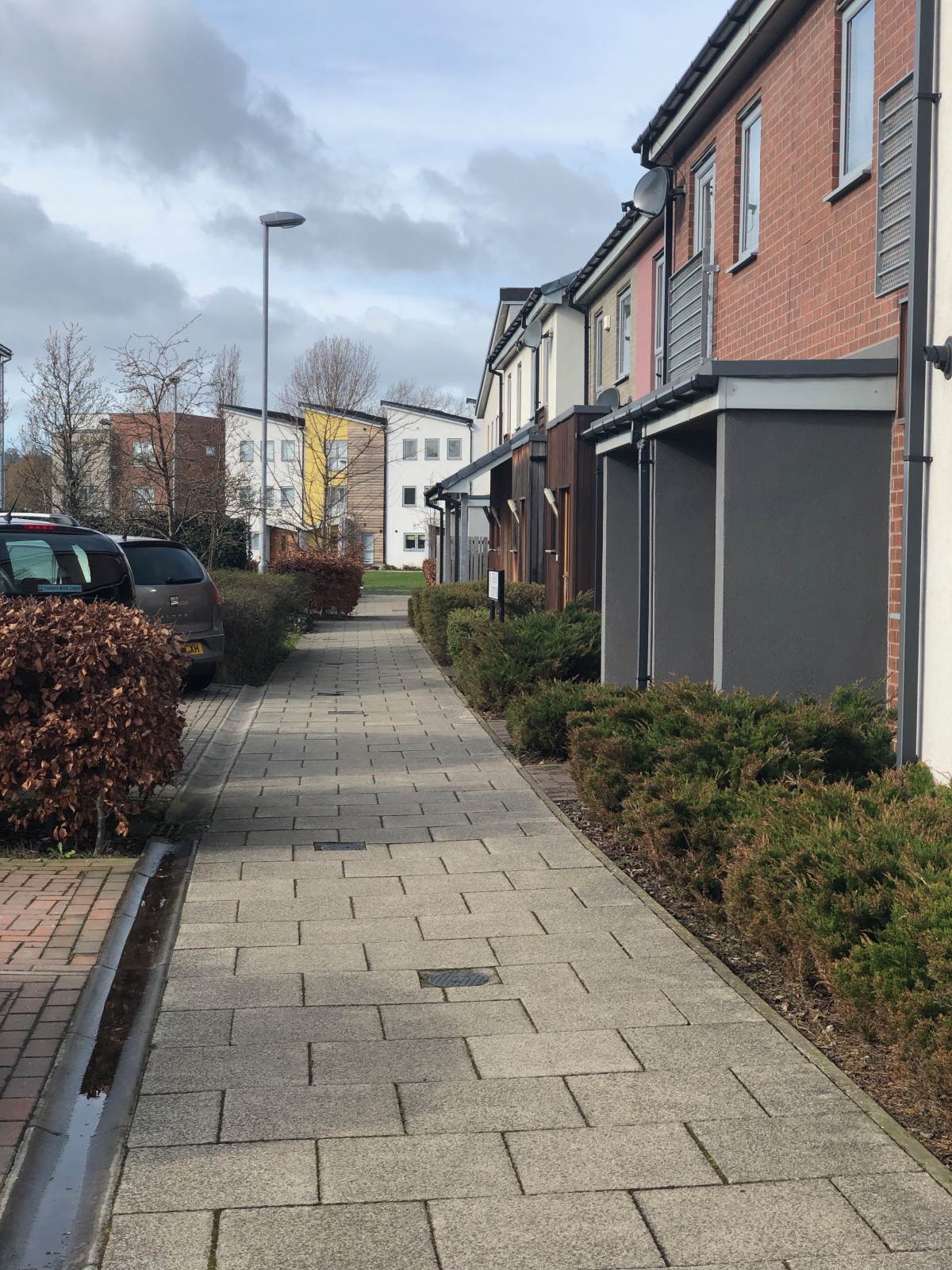 The Staiths has an interesting background story. Back in 2001, lamented by what he called the “Wimpification” and “Barratification” of the UK housing supply, Wayne Hemmingway was challenged by the developer Wimpey to see if he could do any better (Kay, 2001).

The Staiths, South Bank is a 760-home development on the south bank of the River Tyne, which went on to win multiple housing awards in its first year, including “Best Housing Development of the Year” in the UK (Hemmingway, n.d.) (Gateshead City Council, 2016)

I have visited the site several times in the past couple of months and it was particularly interesting to see how the scheme had evolved since my initial visit back in 2013. This post will focus on my analysis of the site, using the Building for Life 12 assessment criteria.

Integrating into the neighbourhood

Overall, I would say that the development is well connected, particularly to main transport routes like the A1. There are also attractive pedestrian and cyclist routes that run through the site. The overall character of the development does not fit in with the surrounding style, which was really the driving force behind the design itself. The aim was to challenge what was becoming the norm in the UK housing market. 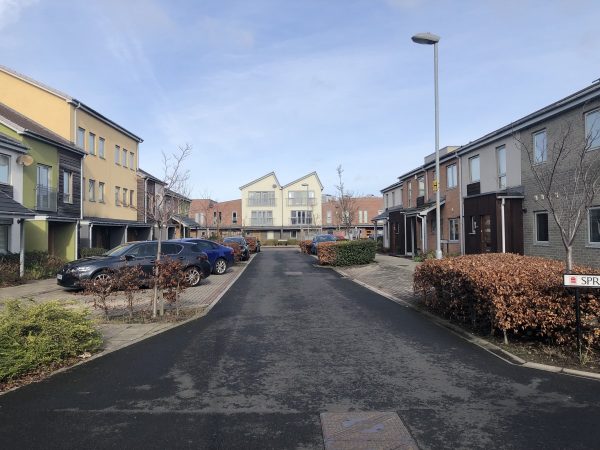 Initially there were a lack of services in the immediate vicinity (shops, cafes, pubs). Since my last visit there is now a café on-site, which also functions as a small shop and community hub.

Good community facilities such as play areas, bike storage, as well as community events and activities, which are provided through the café. However, there still seems to be a lack of shops on-site as well as in the wider area.

There are several schools in the wider area, which seem to be within comfortable walking distances, however there are concerns over the safety of these routes from the site because of the network of main roads etc.

The wider area is predominantly residential, with a significant light industrial and commercial sector also. 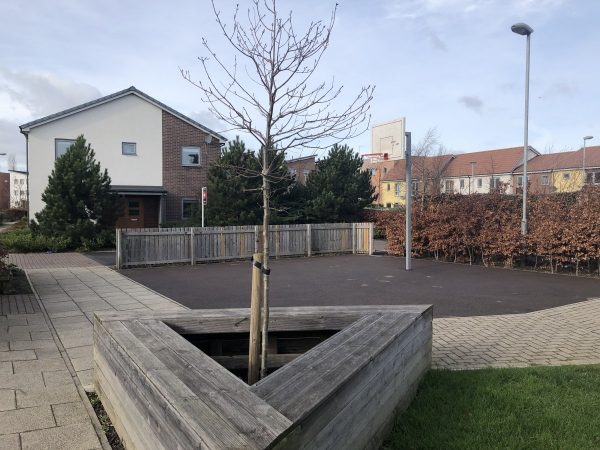 There are bus stops within a 400m walking distance from the site, with regular buses to Newcastle and Gateshead city centre, as well as the Metro Centre.

Cars appear to dominate the development (depending on what day and what time you go). This is contrary to the original vision – i.e. a low-car strategy. I would suggest that this is because the main access to the site is via the A1, making it easier, quicker and more practical to own and run a car.

There is a diverse range of housing types on-site, where each house seems to have its own character and style. There are terraced and detached houses and a range of flats available on-site, each differing in size and price in order to cater towards the widest market possible. The clever mixing of tenures makes it impossible to distinguish the different housing types, which is a particularly positive aspect of the development in my opinion. 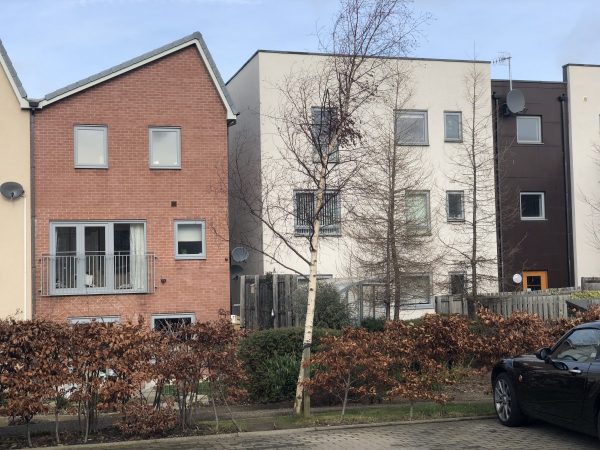 The design of the Staiths is distinctive and has its own unique character. This was the vision behind the development, to create something that stood in stark contrast to conventional house building in the UK. There is a rich mixture of architectural details which combine to create a unique vernacular, where each property is distinctive from its neighbours. It is difficult to spot the same house twice. 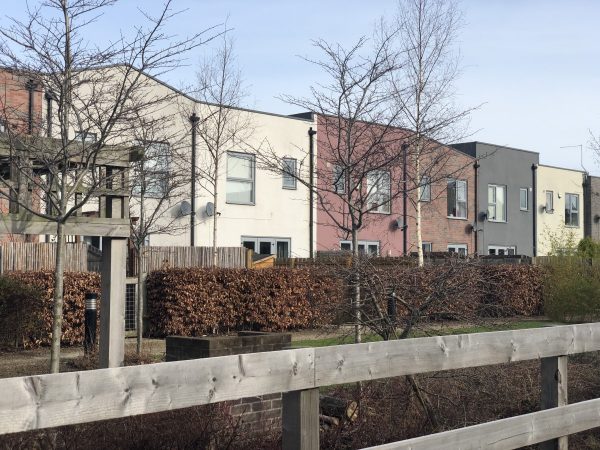 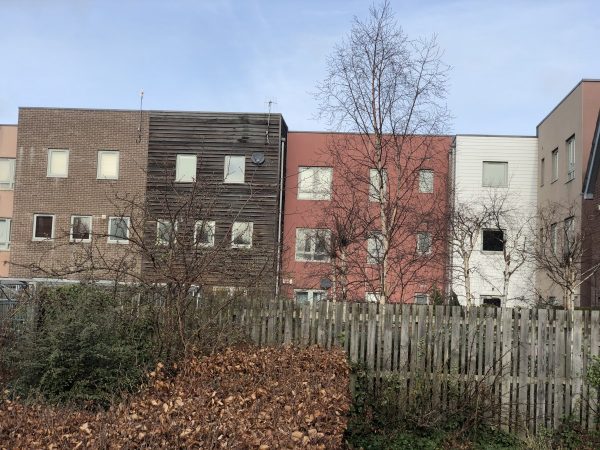 Working with the site and its context

The outstanding location on the south bank of the Tyne makes use of the old docks and thus emphasises the rich cultural heritage of the local and regional context.

Site orientation is broken down into a network of distinct blocks, each arranged to enclose intimate shared communal spaces that encourage interaction between neighbours, should they wish to. This orientation also helps shelter the inner site from strong winds associated with this area of the city. 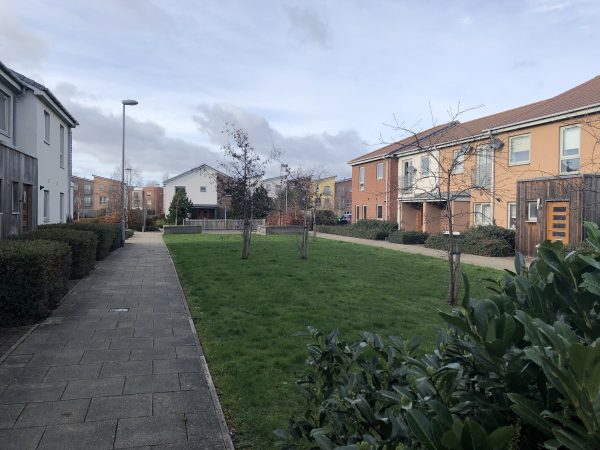 A great deal of attention was paid to good street design, evident in the fact that it is a comfortable place to walk around. There is a focus on the pedestrian, and outside communal spaces, designed to increase neighbourliness and provide safe spaces for children to play outside. 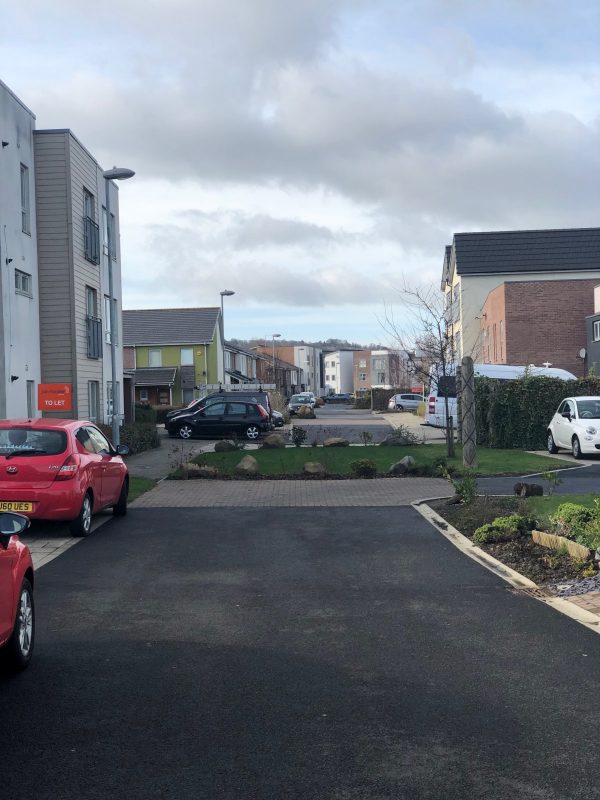 Easy to find your way around

The development is easy to navigate on foot. The distinct character makes it easy to find your way around, even from a visitor’s point of view. The development reveals itself to the user through intelligently designed thresholds, which define particular spaces and distinguish the communal from the private.

The site was designed with this in mind. The idea was to minimise the impact of the private automobile, in favour of creating safe streets for pedestrians and children. Nevertheless, the main access to the site as previously stated is via the A1, which makes it difficult to live on-site and not own a car. Whilst there is definitely an issue with the amount of cars on-site, the streets are still safe and appear pleasant places to be. 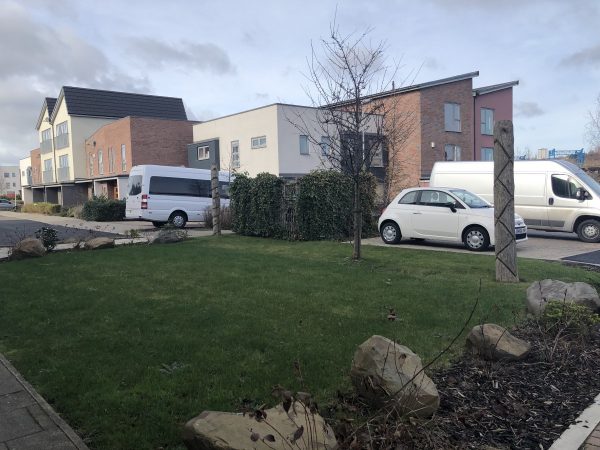 The initial vision for the site was to restrict car parking to one space per house, with ancillary spaces for visitors. Unfortunately, there are too many cars on-site, and not enough spaces. I do not think that this is a design problem however, but more of a cultural/societal attachment to the car. I think it was positive for the designer to challenge the status quo and try to minimise car ownership through clever design.

There is an emphasis on public, communal and shared spaces and facilities. There is a good mixture of children’s play facilities, dotted across the site, as well as communal bike and bin facilities, each with their own distinct character.

There are high quality shared communal spaces. Private gardens open out into these spaces to encourage interaction between neighbours. 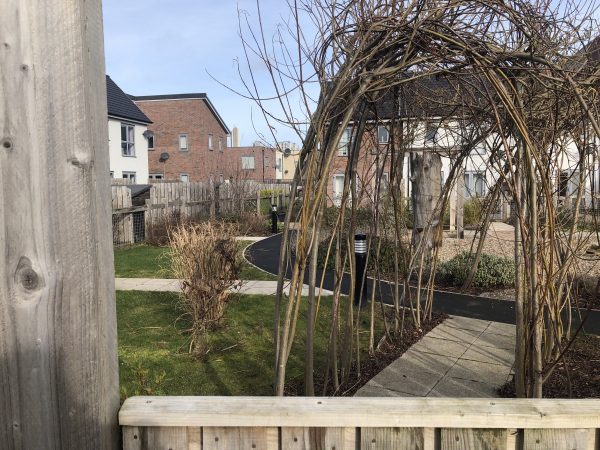 Good quality, dedicated storage facilities for bikes, as well as communal refuse collection bins. The quality of the communal bins appears to have decreased somewhat, perhaps due to lack of maintenance on the community’s part.

Overall, I find the Staiths development to be refreshing. I fully support Hemmingway’s point of view, which led to the creation of the Staiths. That being said, I also feel somewhat disappointed that more developments like this haven’t really taken off across the country. Whilst there are many exemplary developments – some summarised by my fellow students – I would prefer to see more developers pushing the boundaries like Wimpey did with the Staiths. Whilst the design of the Staiths might not be to everyone’s tastes, there are some exemplary design principles that can be transferred to future residential development.