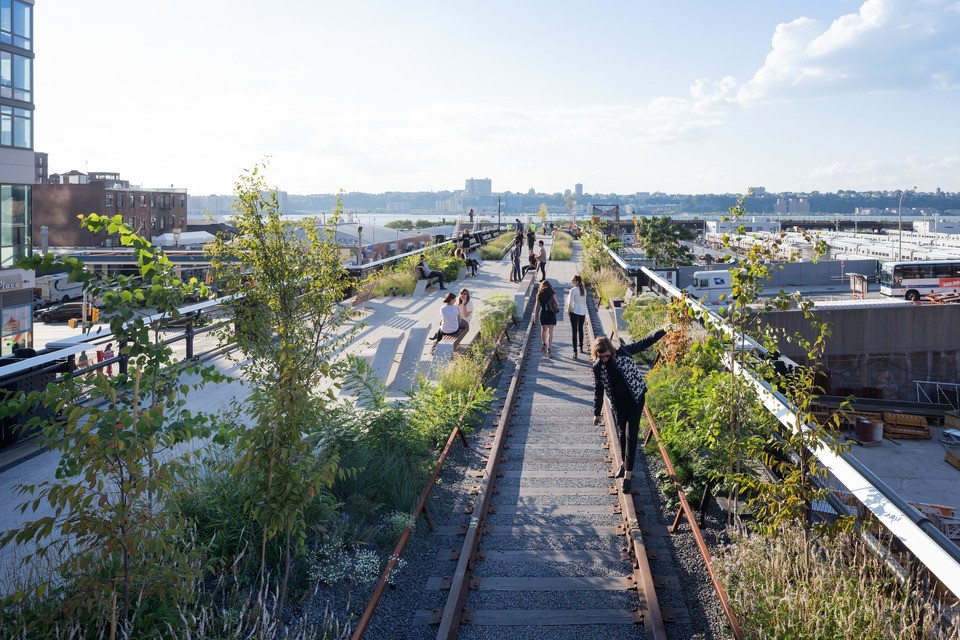 The High Line is a park converted from the abandoned industrial elevated railway in New York. It is a classically successful story in the renovation of modern industrial heritage in the United States. Its design gives full respect for local history, culture and venue, as well as its successful development model called “public-led”, can provide useful references for the urban restoration and regeneration of industrial heritage in various countries.

High Line was built in 1930. It was initially a freight-specific industrial elevated railway line, linking the meat processing zone and the 34th Street Hudson Port, once considered “the New York transportation lifeline” of the industrial age. High Line is 30 feet high and the elevated railway eliminates the intersection of ground trains and ensuring public safety. However, with the development of transportation, High Line gradually became ruined after 1980, facing demolition.

After nearly eighty years of ups and downs, High Line has three distinct periods. These features provide an important basis for the upgrading of High Line (Table 1).

After approximately 30 years of abolition, High Line was finally retained and transformed into a distinctive sky garden walkway under the strong guard of the New York non-profit union called “Friends of the High Line” (FHL), which won an enormous communal and financial welfares for New York.

3.1 Respecting the characteristics of the site and retaining the “beauty of High Line”

High Line used to be a very significant land for urban infrastructure. The renovation scheme aims to continue the historical context of High Line, retain the main steel frame structure of its rails and protect sleepers, gravel, roadbed, railroad tracks, etc. At the same time, animals and plants that grow on High Line are also preserved. The designer uses the “Agri-Tecture” approach, combining with the walking track and the soil and shrubs of High Line, which reflects the combination of the original landscape (Fig 2). 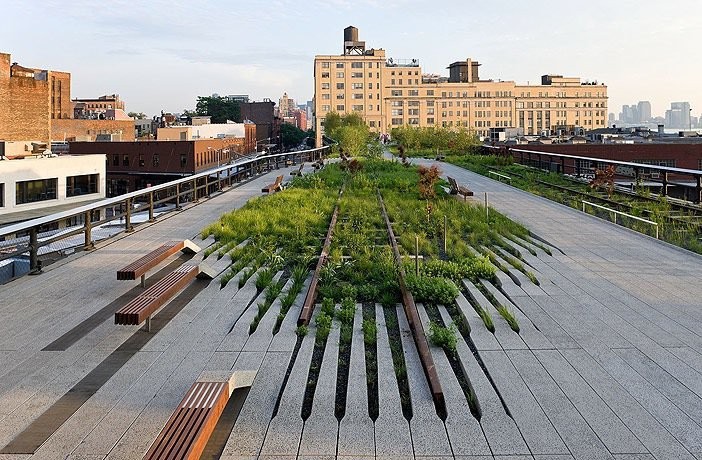 The space of the High Line is mainly linear. In order to avoid single homogenization, the linear walkway and the public space such as the viewing platform and leisure square need to be presented in different landscapes (Table 3).

The generation of High Line, from the abandoned industrial elevated railway bridge to the urban sky garden, has long exceeded the simple protection and regeneration of previous structures. Its greatest significance is to use innovative approaches to display historical and cultural relics. It combines protection and innovation. Apart from offering a valuable pubic open space for New York, High Line has become an economic engine for the adjacent zone, attracting investment to develop emerging cultural industries, commercial and residential projects.