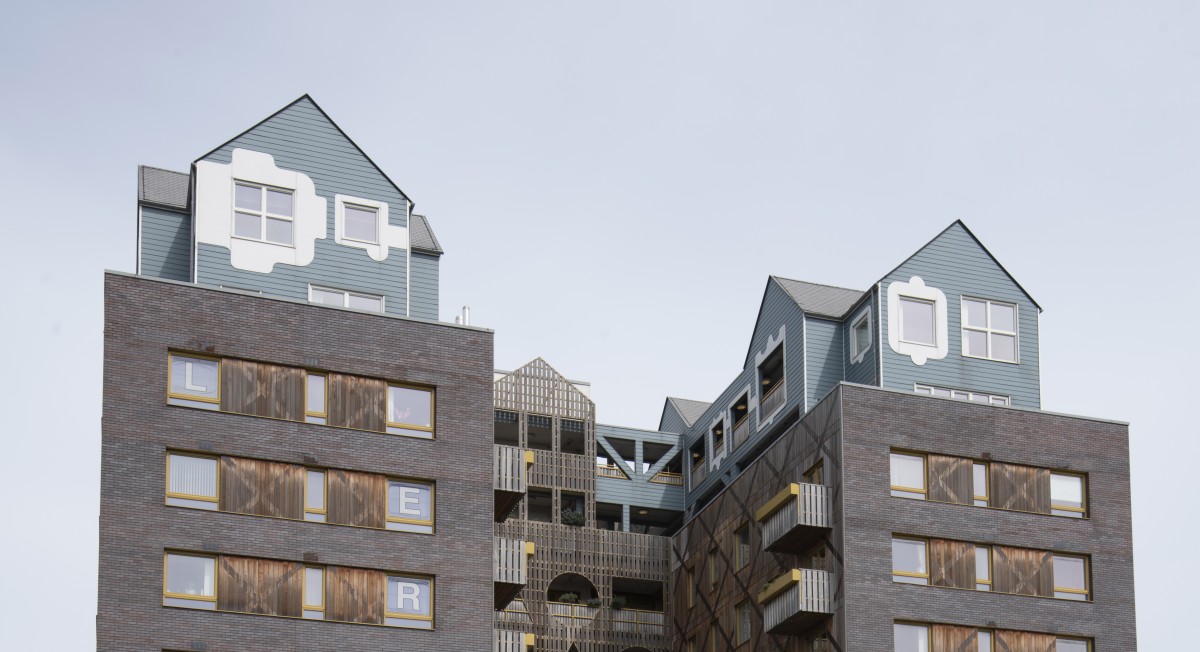 What not to do but end the Easter weekend with a trip to Middlesbrough. After doing some research about Bohouse, a live-work typology in Middlesbrough, designed by XSite Architecture from Newcastle, I decided to visit it. However, whilst doing this research I came across a neighbouring apartment called “Community In A Cube”, also known as CIAC. I was instantly attracted to it…

En route to The Boho Zone:

Ok, maybe I was a little ambitious to go to Middlesbrough straight after the Easter weekend, as people were probably making their way back home from family visits, or having to attend work again. I was basically stuck in traffic for two hours. What meant to be a short trip turned out to be a long one and when you see a sign saying, “Queues Likely”, it most definitely will be happening! However, I will forgive this traffic que this time, as it seemed that there was an accident on the A19. Finally, after going through a pack of cheese balls, a KitKat and some biscuits I finally made it.

I must say the traffic had set me off in a pretty bad mood and then to be greeted with the strong smells of chemicals from the factories; it definitely was not a good start. With that aside, I thought the Boho Zone would be much closer towards the town centre but instead it was a little out towards the rim. It was more set towards inside industrial factories and garages, before arriving towards the zone. Despite the smell, it was a rare scene to see so many traditional factories, so it gave the area a unique factor.

The first building you see is Bohouse; the live-work unit, which was built in 2010, by XSite Architecture (archdaily, 2011). Then Boho One, housing digital and creative businesses.

Furthermore, from a distant you could already see Boho 5, which is another office that can accommodate 50 small to medium digital and creative businesses (Middlesbrough Council, 2016). I must say, whilst moving along I completely missed Boho 4 (more office space)! As all the buildings were newly designed in a contemporary and industrial style but Boho 4 was situated in the Gibson Building, a renovated classical style building (Boho 4, n.a).

Continuing on, you could see that the district was definitely zoned out for up-coming innovative developments, as the pavements change in to a blended mixed-style, similar to Newcastle Helix. In the zone you could also see Middlesbrough College and a lot of students on their lunch break, which gave a vibrant atmosphere. The students were a part of this digital, innovative experience. However, there were bits of vandalism on the signs, which was not pleasant to walk past, as it was the main entrance to the zone, but vandalism could exist in every corner of a city. The zone is set to become a “digital, creative and business hub of the Tees Valley” (Middlesbrough Council, 2019). Overall, it seemed that the development was doing well, as I could sense great vibrancy and it was well occupied.

Community in a Cube (CIAC):

Finally, towards the end of the zone was CIAC (the most anticipated part of my trip). I was obsessed with the apartment and it’s inviting name! At first when I browsed the apartment on the internet, I thought what a quirky building to be set in this industrial environment. However, as you move along the district you find old traditional buildings and clues that seemingly match with the design. The CIAC was designed by London Architects FAT Architecture, costing £11.8 million with 82 units (Frearson, 2013). In addition, the design of CIAC follows the “One Planet Living Principles”, making it highly sustainable (Frearson, 2013). Moreover, as I was walking around the block, neighbours were greeting each other, so it gave me the impression that there was a well-built community there.

I hope you enjoyed my small adventure to Middlesbrough!