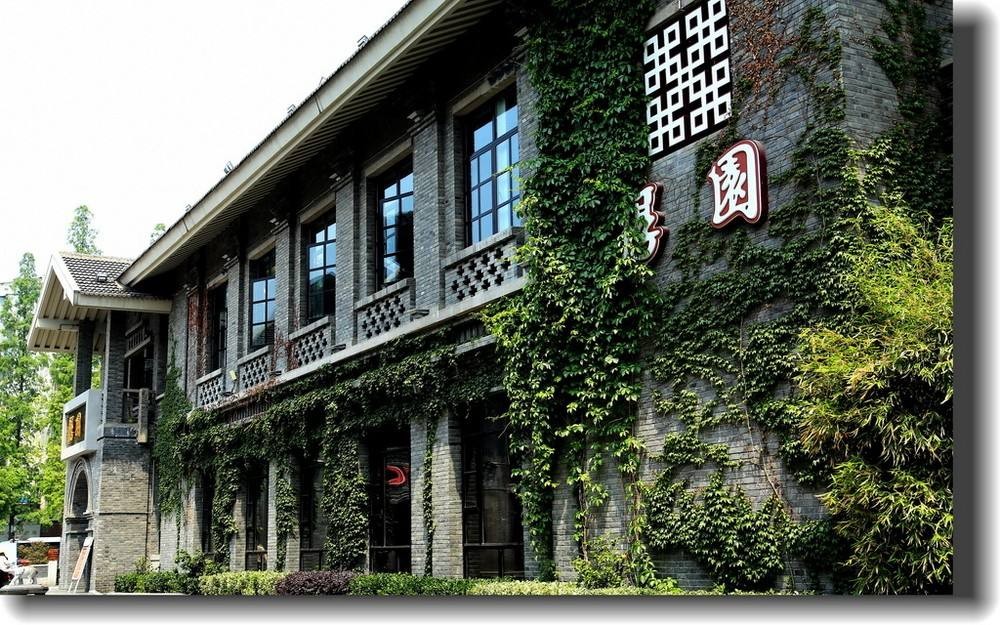 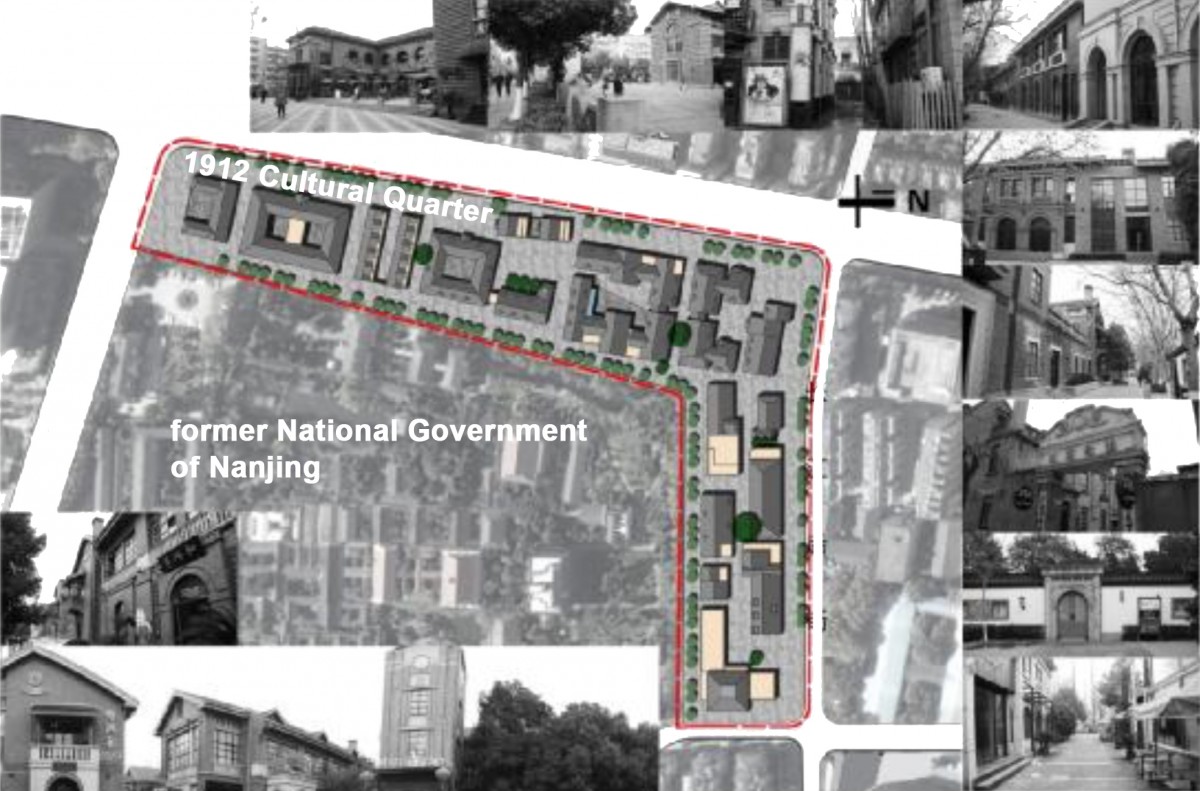 1912 Cultural Quarter (the founding of the Republic of China in 1912) is separated from the former National Government of Nanjing by a wall. It is hoped that the unique cultural attributes and historical origins of the quarter will be used to build a medium-to-high-end cultural and commercial quarter that integrates catering, entertainment, leisure and sightseeing. The quarter consists of 17 Republican-style buildings and 4 squares. There are 4 old buildings from the Republican period. 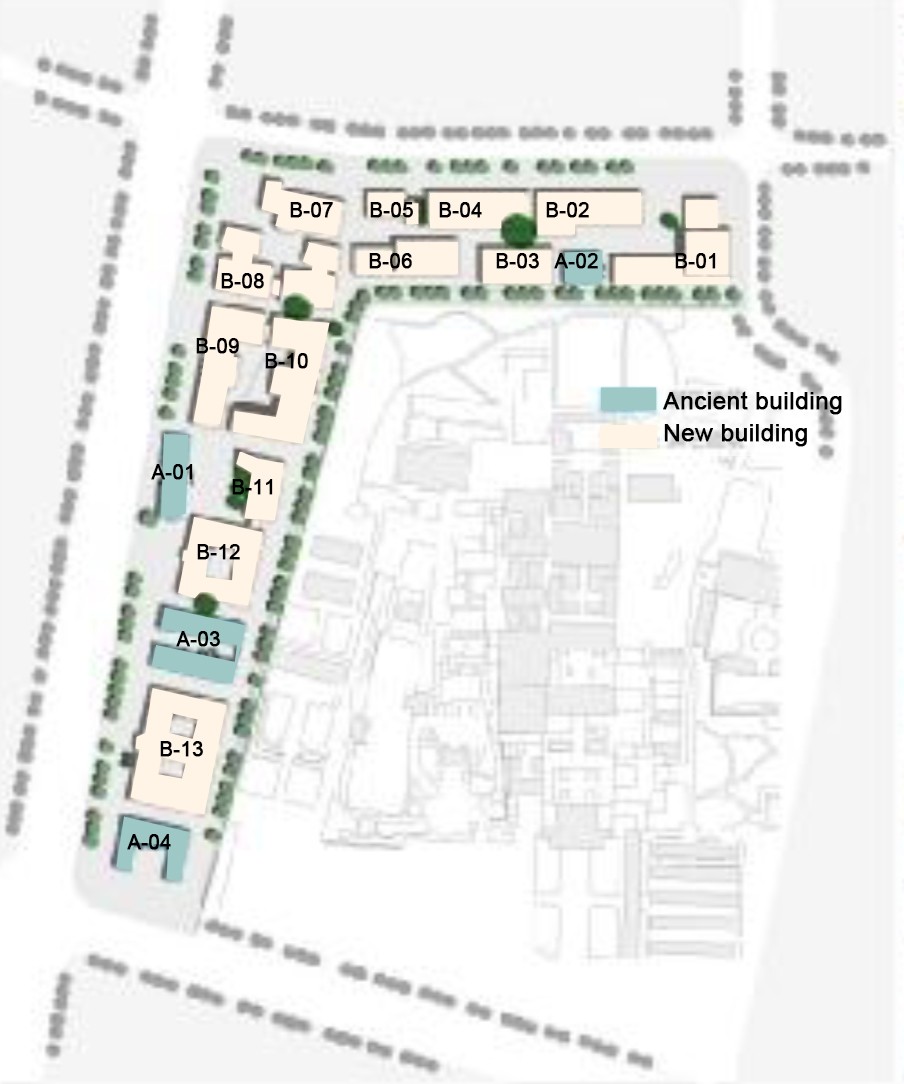 The quarter protects and repairs the ancient buildings of the existing Republic of China, adopts Syncretism and incorporates modern elements for new architectures. The new ones strive to harmonize with the original buildings in terms of architectural pattern and colour. But the method also causes new buildings to be almost inseparable from the original traditional one, making the entire block nearly an antique street, which contributes some damage to the original authenticity of the quarter history. 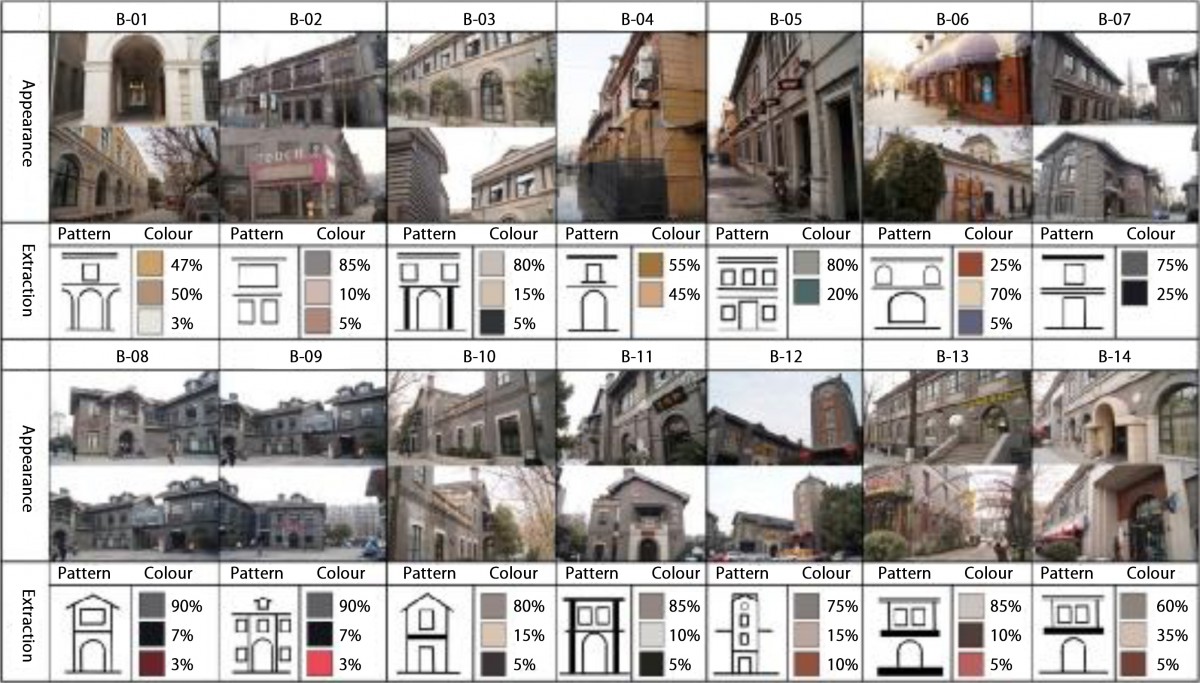 The 1912 Cultural Quarter currently has 3 cafés, 18 restaurants, 19 bars and 5 leisure venues, which makes the original function completely replaced by the commercial function of consumption. The business category is based on catering and bars, with a single structure. Moreover, cafés, bars and global chain stores such as Starbucks are all imported and cannot reflect the theme of “traditional culture” in the quarter.

The business model of the 1912 quarter was successful because after the official operation, it significantly increased the price of surrounding land and housing. However, summing up the problems in the current situation, the success of the business model in economic interests cannot hide the spatial and cultural loss. Furthermore, it is not enough to express the original intention of shaping the cultural business quarter based on local urban characteristics.

Similar to the traditional quarter of the 1912 cultural quarter, in the context of the rapid development of Chinese cities towards the consumer society, it has broken the development dilemma of the traditional quarters and has been widely accepted and formed a stable model. The “chain” of the quarter and the random copy of the space segment make the urban space symbolized, and the image of the city returns to the uncharacteristic and monotonous cycle. The powerful appeal of consumer culture has swallowed up people’s yearning for the traditional urban living space, and gradually deviated from the original intention of designers to resurrect the old quarters of the city.

Why do these phenomena happen? On the one hand, the interactions of people in today’s society mainly occur in workplaces, residential communities, and places where consumer activities such as shopping and tourism occur, especially in consumer space, which has gradually become the main place for social interaction. In addition,owing to the interests driven by the market economy, investors and businesses are also willing to develop and expand consumer space to obtain economic returns. The traditional public activities and emotional exchanges that do not rely on consumer activities are gradually neglected, which may lead to a negative impact on urban public life and even urban cultural roots. On the other hand, with the transformation of urban functions from production to consumption, consumer culture is inevitably integrated with urban development, and the aesthetic orientation of urban space has evolved as well.

Therefore, paying attention to the game between urban traditional space and consumer culture is also a reflection on the challenges facing urban planning tools and values ​​in the contemporary era. We should be aware that planning and design, while shaping the physical space, maintaining and improving the lives of aboriginal people living in the local area is equally important for continuing local traditional activities and culture. At the same time, under the construction of consumer space, it is vital to create a leisure space with the nature of public welfare culture and encourage the coexistence of diverse public activities, to make the traditional urban space and culture stand firmer in the contemporary consumer society.