Thank you Skyz for a thought-provoking blog about the transformation of A167 motorway. As early as a few months ago, when I was hanging out in Newcastle, I noticed A167(M) motorway. I heard huge noise and felt a sense of dizziness while standing on the crosswalk above it and watching cars passing under my feet. (Fig.1) 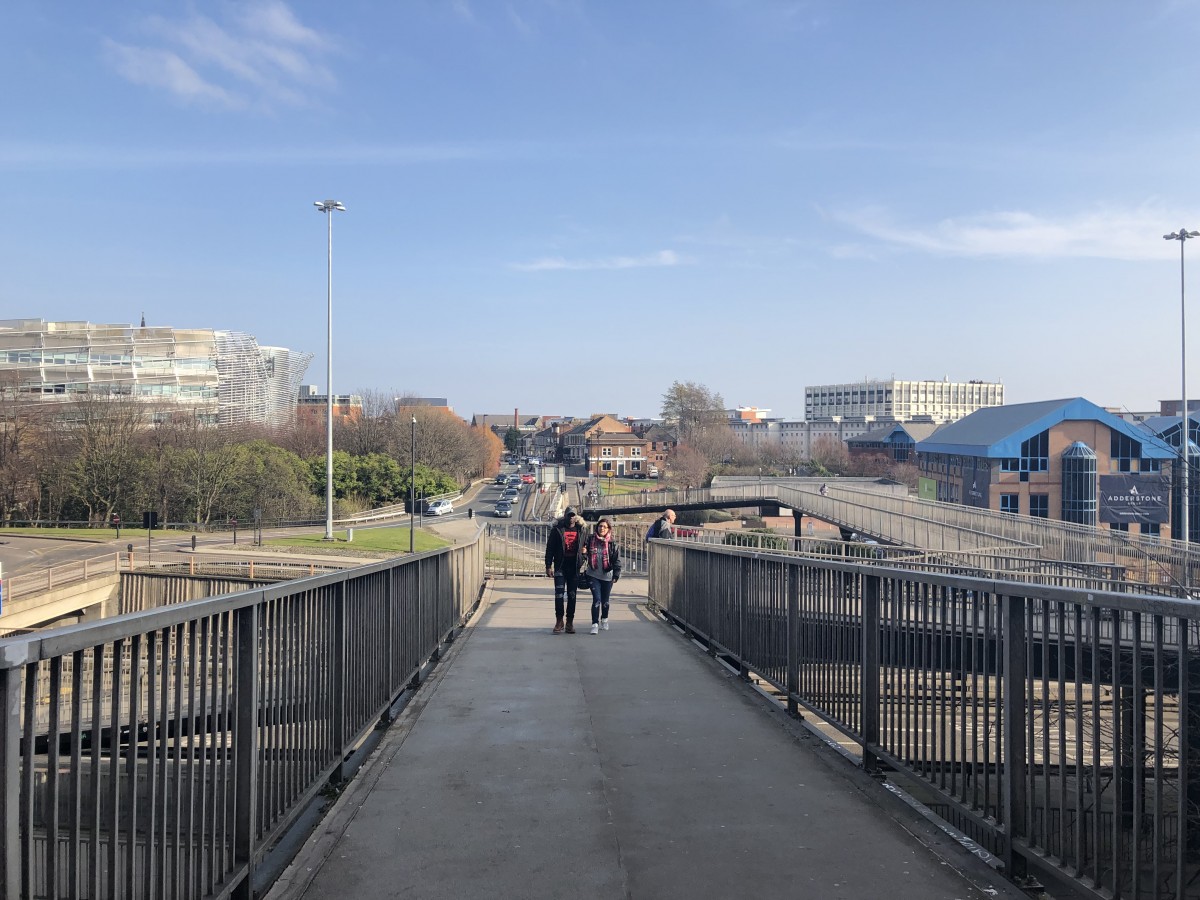 So I think it is inevitable that we should also pay attention to how the pedestrian ramp is reborn when thinking about how A167 will survive in the future.

This has to start from the plan called “City in the Sky”. In 1964, with the increase in car ownership, towns and cities became governed by transportation. In this case, the Newcastle city centre was rescheduled by T. Dan Smith and Wilf Burns – people can walk on the “upper deck” and the car movement below the “under deck”. The idea is to separate vehicle traffic and pedestrians.

The City Library ramp system (CLRS) which started from City Library andextended to the walkway on the A167was built in this context. It is a multi-level ramp system that uses modernist theory to detach walkways and highways. It is named “vertical isolation”. (Fig.2) 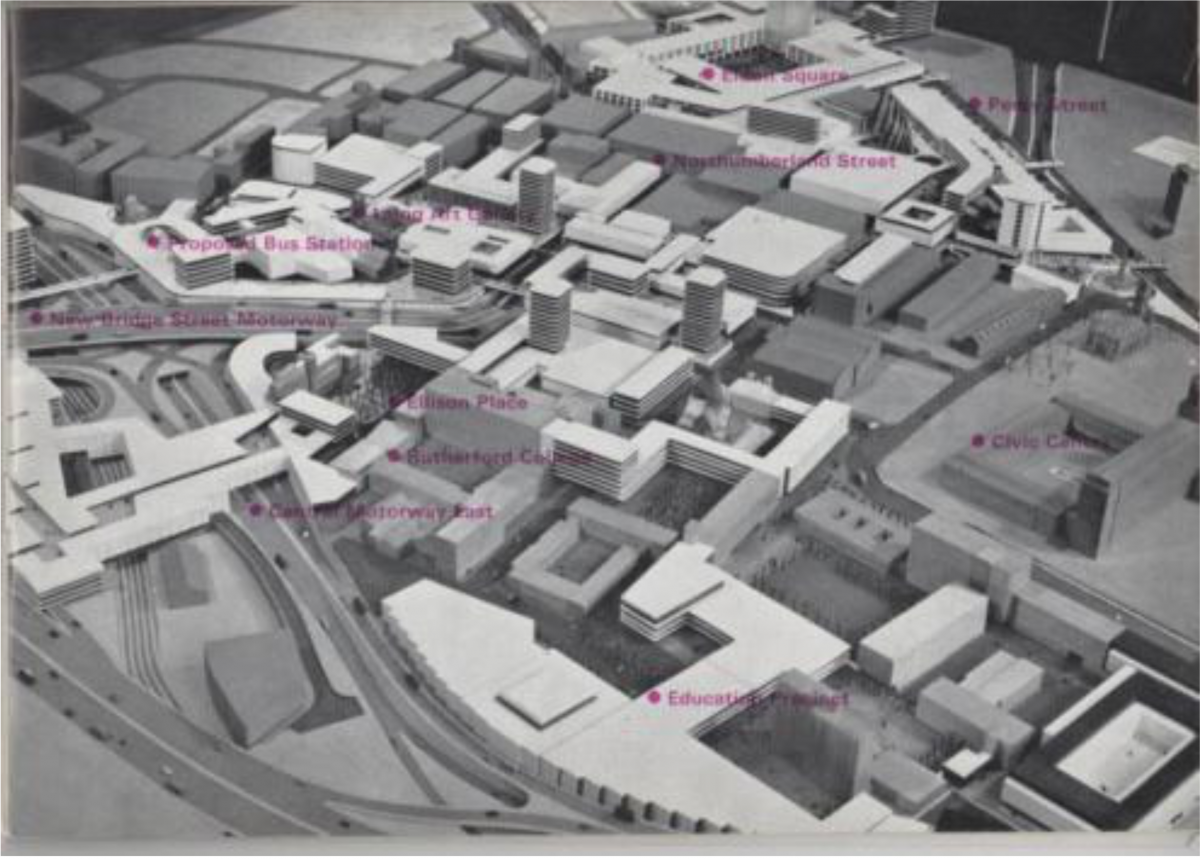 When walking on the hanging concrete walkways, the scenery of CLRS has been defined as a “dizzying landscape” (Whitney, 2017).

Everything looks like everything else. There’s no legibility. There are no maps. No landmarks. So it’s incredibly easy to get lost, and to be disorientated.

No one hoped to stop and have a break in that massive plot. Also, due to the large scale among tall architectures, inhabitants’ views cannot cover a large amount of space around structures from windows, resulting in becoming a crime-prone area and form a fearful environment (Mingle, 2018).

In addition, CLRS shows the real-world issues. The concrete framework of CLRS began to smash. The superficial part of walkways was aged. As Graham suggested the quality of several constructions of CLRS were poor since low-priced materials were cheap and hasty construction, leading to ‘the possibility for criminality, lack of security and accessibility’ (Whitney, 2017).

In short, CLRS gives people a sense of space experience is not good at least for now. As for how you need to update it, the ramp may add more characters in addition to fast access. For example, designing an open space associated with a building, such as Tree Art Museum (Fig.3), or enhancing the space experience by slowing down the movement, like Havøysund Tourist Route (Fig.4).