Thanks Sophie for an interesting topic choice and the study into it. I think the scope of your research points towards how beneficial pedestrian activity is to cities and the importance that this commonly overlooked realm has on the success of place. I find that more recently, alike the examples you have provided that the public realm and specific inner-city streets are being reclaimed and re-used in favour of the pedestrian. This is not only great to see but is well and truly important in the upkeep and maintenance of ‘the living city’. Alongside pedestrian activity comes a plethora of benefits both visible and those intangible and without it we would be living in the dystopian cities of the future. The questions you raised at the end are great topics of debate, allowing the reader to self-reflect on where they hold their beliefs. I think it is very important for the living city to have an extensive network of pedestrian connections which then breathe life into the public spaces which should act as hubs for interaction. These two factors would result in ground floor amenities and shop fronts capitalising on the extensive amount of foot traffic and again would vitalise the city and its residents. Of course a great example of this is the Las Ramblas area in Barcelona which feels extremely pedestrian dominant, acting as a catalyst for a number of physical, social and environmental benefits to the area. 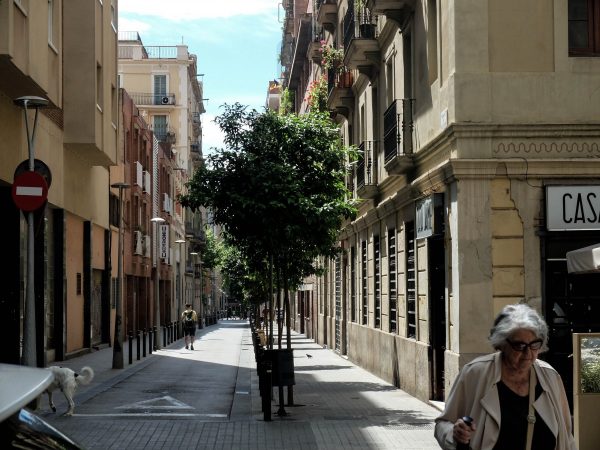 Authors own of a Barcelona Street