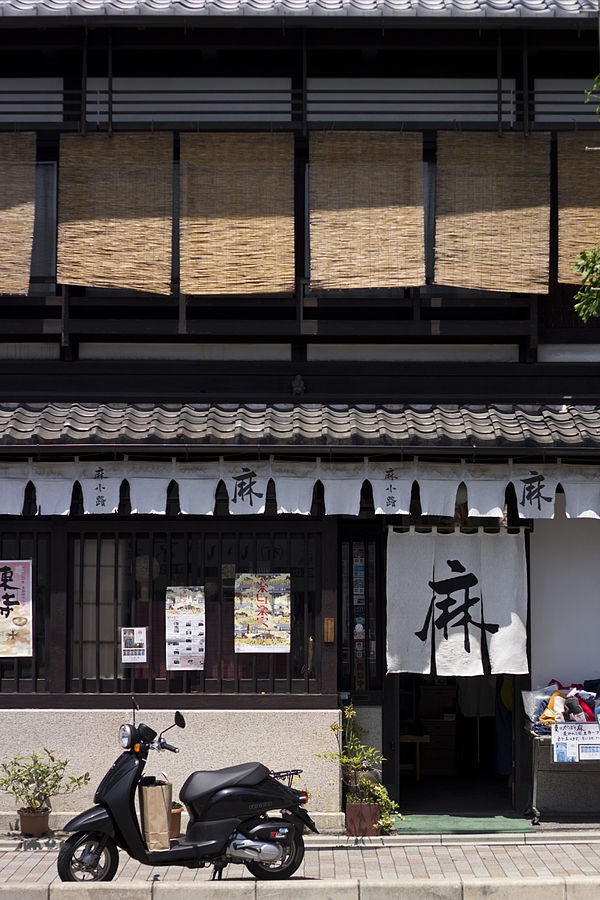 In my previous post I introduced home-based working and the challenges that it poses. I must say that these challenges aren’t designed to put you off the idea of live-work, but were concerns raised by actual home-based workers. We should take this information and formulate it into something that finds balance between the live and the work. In my previous post I asked if there were any examples of live-work architecture that addressed these challenges and what we could learn from them.

The Japanese Machiya addresses most of the issues identified in the previous post. ‘Machiya’ are traditional wooden townhouses found throughout Japan, but are particularly common in the city of Kyoto, with some dating as far back to the Heian period (794BC to 1185BC). To this day, many have been demolished, but some remain and are shining examples of how elements of living and working can co-exist in the long-term.

Firstly, the Machiya is the definition of flexible. It is flexible in the way that is can grow and adapt over time to suit the growing requirements of the family, as well as a growing business for example. This is evident in the fact that Machiya are traditionally passed on from generation to generation. Furthermore, the Machiya undergoes a refit every year, responding temporally to the changing seasons. In summer for example, windows, doors and carpets are replaced to allow natural ventilation to occur. In winter, the opposite happens. It also consists of small, paired spaces that can be combined into a single larger space (pp. 118).

Traditionally, the Machiya is indeterminate, however it is difficult to say as every workhome will be different in its demarcation. This also depends on the nature of the home-based work, I suppose. Indeterminacy is the building block of the Machiya, allowing for change to take place on a day-to-day basis (to accommodate clients for example), on a yearly basis (to respond to seasonal change) and in the long-term (to respond to a growing family).

Balancing the public and private spaces within the Machiya is completely up to the users themselves. Generally speaking however, the long and narrow form of the Machiya (or ‘Eel bed’) allows for this demarcation between public and private to be quite straightforward. Traditionally, the spaces are separated by small courtyards (or Tsuboniwa), and linked by a long circulatory space. Combine this with the flexibility of being able to quickly open up or close off spaces, both physically as well a visually and audibly, the Machiya gives the users freedom to decide the forms of both living and working spaces simultaneously.

Japan’s climate has greatly informed the design of the overall form of the Machiya, combined with regulations and tax codes depending on the width of the building. The hot summers and cold winters in Japan mean the Machiya is adapted and reshaped by the users on a seasonal basis. The courtyards, double height spaces, and wooden blinds in summer allows for a natural breeze to circulate throughout the building.

In general, I am not saying that we should copy the form of the Machiya and export it around the world as an example of great live-work design. The architectural programming of the Machiya is unique to Japan’s history, culture, climate and so on, but that does not mean we can take the fundamental aspects of the workhome into consideration when designing our own live-work scheme.