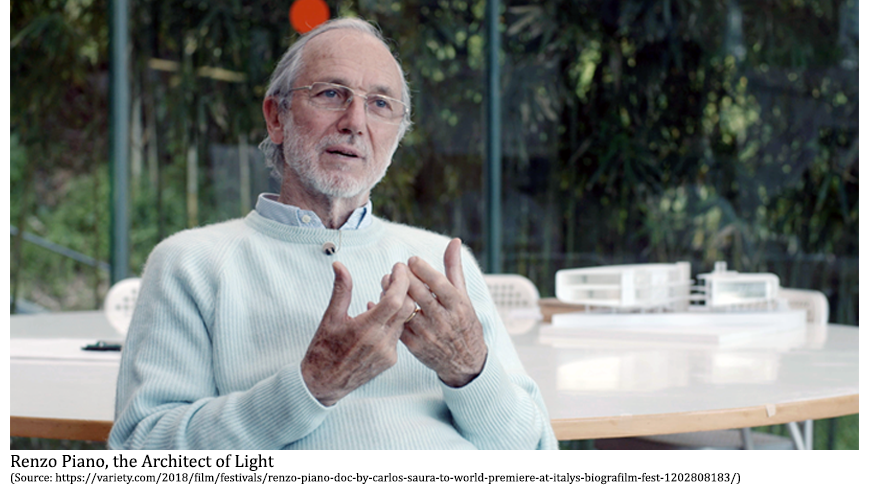 In recent decades, industrial architectural heritage throughout the world has experienced difficult times due to the rapid development of cities and industrial technologies. The experience of preserving industrial architectural heritage in most cases is based on its revitalisation. That means replacement of previously existing and developing functions, in accordance with the emergence and development of new socio-cultural needs of cities and towns, as well as the needs of people living there, the spirit of the times and the level of culture of a particular country and people. Among the world-famous architects and leaders of modern architecture, most carefully relating to the cultural and historical heritage, including the industrial, Italian architect Renzo Piano stands out. He affirms the principles of transparency and light in most of his works.

1. Revitalisation of the Lingotto Factory, the symbol of industrial Turin (Turin, Italy, 1983-2003)

Renzo Piano has been developing this project since the 1980s (Figure 1). It was decided from the beginning to preserve the fundamental characteristics of the original building and to revitalise it phase by phase, so each new one would lead to improvements. Between 1992 and 1995 a helicopter landing pad and a meeting room for 24 people in a glass ball with a panoramic view of Turin was created. These two implementations showed that the old Lingotto renews the relationship with the present urban environment. As a part of the second phase of revitalisation, in 2002, Piano has added the Giovanni and Marella Agnelli Picture Gallery to the old factory (Fig. 2). That transformation has created new perspectives for service, commerce, specialised university education, culture, tourism and leisure (Fig. 3, Fig. 4). The final stage of revitalisation has added the “Meridian hotel” to the building in 2003. Airy lightness, elegant simplicity, distinctive aesthetic clarity and transparency now characterize the former Lingotto factory, integrating it into the active social and cultural life of Turin. 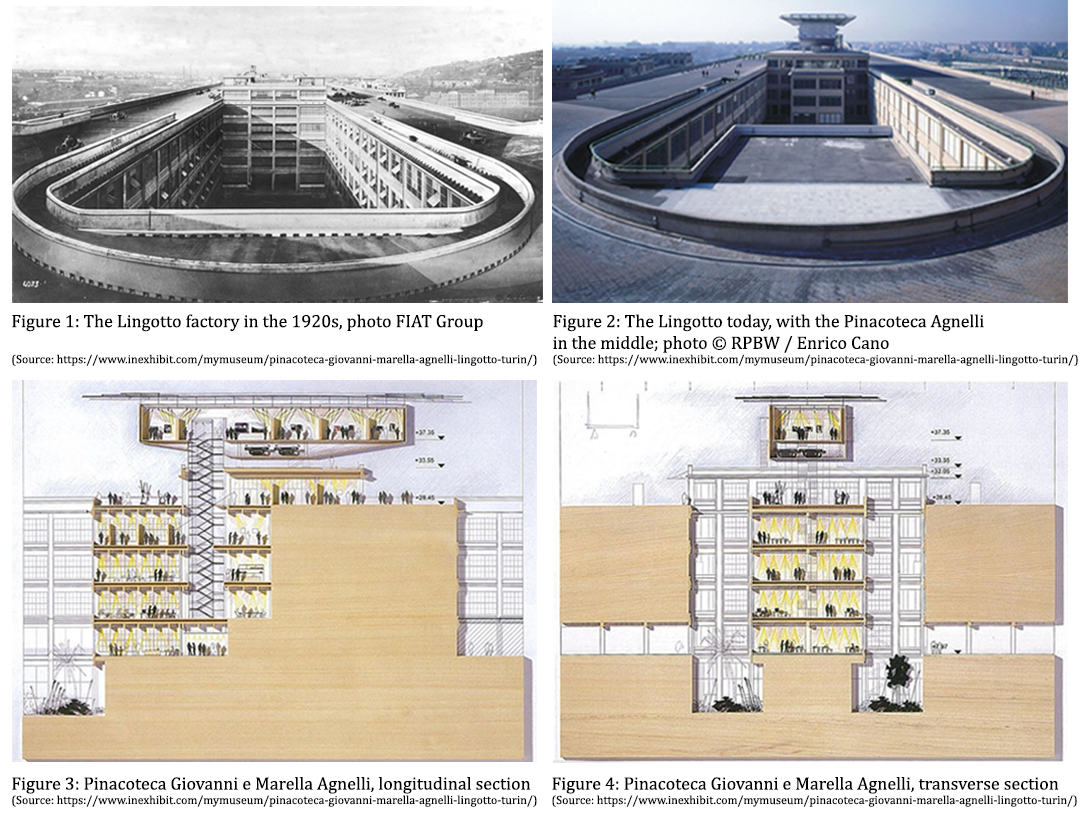 In the late 1980s in the city Genoa it was decided to organize international demonstrations in honor of the 500th anniversary of the discovery of America by Christopher Columbus. Selected site for that was a part of the old port with moorings built in the XVII-XX centuries (Fig. 5). That caused the renewal of the historical zone of the city and the construction of new permanent port facilities. The aim was to restore old buildings along the port facilities. Among these buildings there was a 3-level cotton warehouse 400 meters long, where it was decided to embed various equipment, including a library and an auditorium (Fig. 6, Fig. 8). The ensemble supposed not to suppress the historical spirit of the quarter. Therefore, the renewal of the old cotton dock retained the original “spirit of the place”. New buildings were built, such as an aquarium and a port crane, symbolizing the new port (Fig. 7, Fig. 9). In 2001, a spherical glasshouse (“The Biosphere”) was added to the new structure of the port facilities (Fig. 10). Moreover, a sun protecting device with a shape of ship sails was installed. 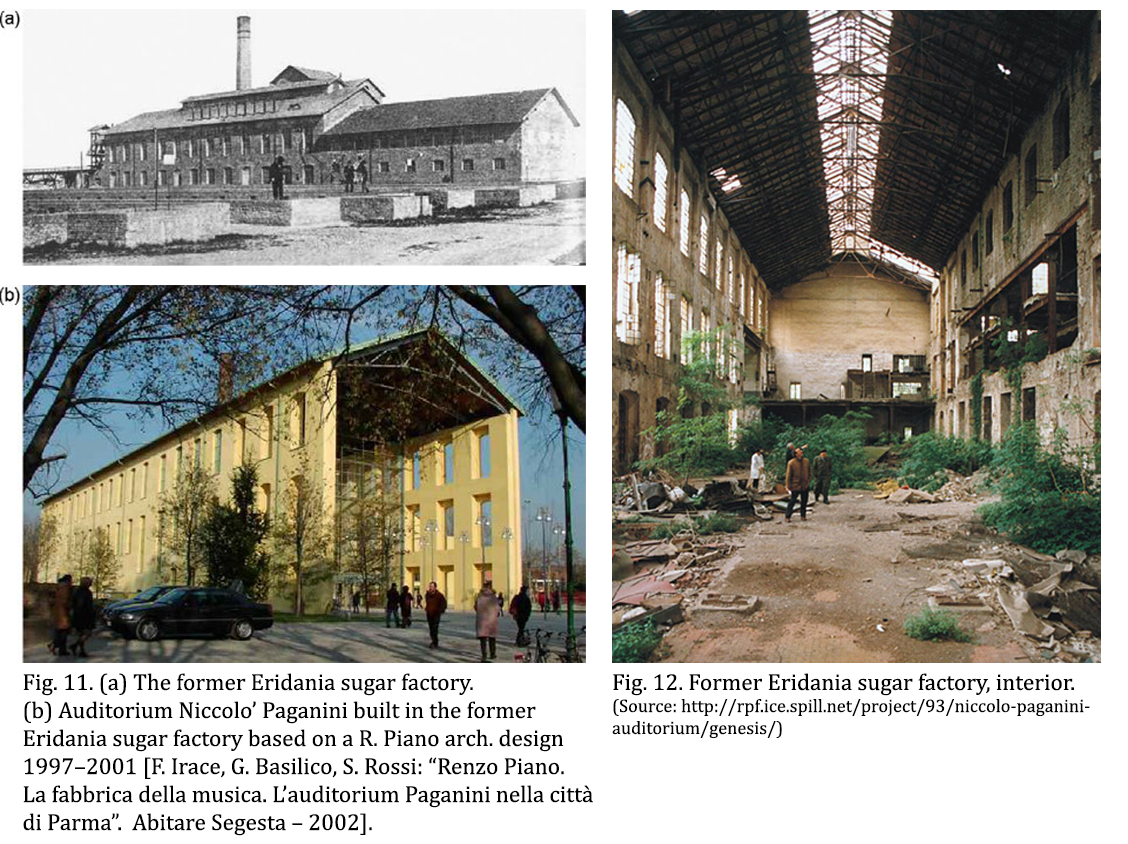 The Paganini Auditorium was built inside the former Eridaniia sugar factory (Fig. 12). The factory consisted of an ensemble of various industrial buildings (Fig. 11 (a)). This area, located near the historic center of Parma and transformed into a park, is famous for its trees and shrubs. Contrary to its original function, the main building had good proportions for acoustics, so Piano removed the transverse walls in order to replace them with the 3 glass facades. Thus, the hollow shell, where the modern concert hall was integrated, was retained (Fig. 13, Fig. 14). By removing the entrance brick wall and replacing it with a glass facade, Renzo Piano showed how to create an impressive visual effect using the old and banal design as a base (Fig. 15, Fig. 11(b), Fig. 16).