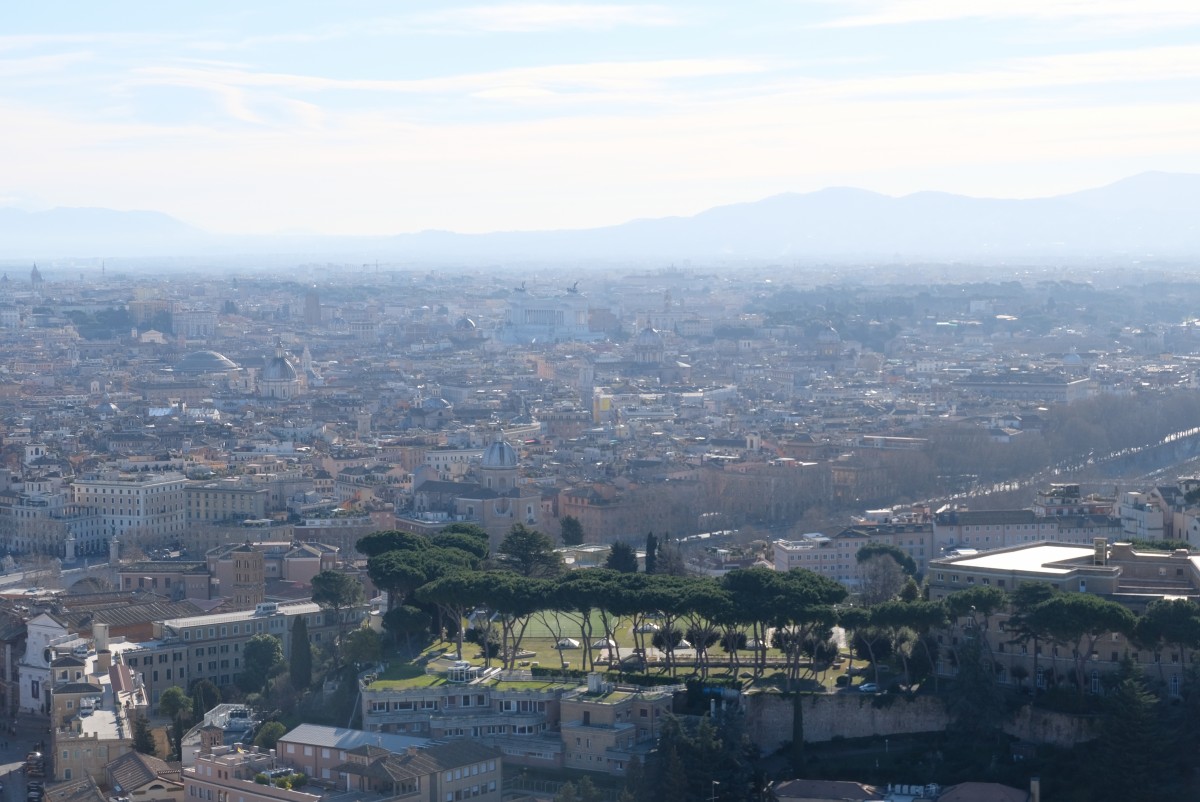 During the weekends of Milan study trip, I went to Rome by myself. Rome, the eternal city, has witnessed thousands of years of history and accumulated great civilization. With the longing for world-known master works in Rome, I roamed around the city from dawn till dusk, tireless. I walked through all the want-to-go places marked on the google map twice in two days.

Throughout all the attractions I visited, with respect to the importance of public open space within urban design, I am eager to share some typical public squares, namely piazzas in Italian, that are still carrying civic daily life, i.e. Piazza Navona, Piazza di Spagna, Piazza San Pietro, Piazza del Popolo, Piazza Venezia (in the order of time when they were built) and hope to bring on discussion.

Piazza Navona was once a gorgeous stadium, and now is one of the most beautiful square with baroque style in Rome. It has a very long-rectangle shape, enclosed by splendid architectures, some of which are painted bright orange. Fountain is an essential element in Rome’s Plaza. There stands three fountains in Piazza Navona, forming its main features, one of which is designed by Bernini, called Fountain of the Four Rivers. In addition to the historic, architectural and aesthetic value, Piazza Navona is also admired for its social function like daily gathering and seasonal events. Along the square are lots of outdoor coffee shops, restaurants and pubs.

Because of the film Roman Holiday, Piazza di Spagna has become one of the most popular tourist attractions in Rome. The piazza is in a triangle shape, surrounded by world luxury brands shops. Whenever during the day or at night, Spanish steps are crowded with people, which is the main feature of Piazza di Spagna. It is an ideal place for people to sit down and relax.

Despite it still being controversial whether Rome or Vatican Piazza San Pietro belongs to, it deserves to being discussed as the largest baroque square. Piazza San Pietro is located in front of St. Peter’s Basilica, a symbol of Catholic Church. So the piazza is mainly used as religious events and can accommodate 500,000 people. It is designed by Gianlorenzo Bernini, who is known for his baroque art. So the square is oval and surrounded by two grand colonnades with splendid sculptures.

The reason why these two squares are discussed together is that they are both located at important junctions, but built in different eras and in different styles. At first sight is Piazza del Popolo if people enter Rome across the northern gate. It represents the prototype of the basic pattern of the Baroque city: a radial street, a cross-point trigeminal. And it is also famous for the central Egyptian obelisk and the eastern “twin” churches.

Piazza Venezia is the largest square in rectangle shape, 130 meters long and 75 meters wide, the meeting point of the five streets. In front of it is an arguably new landmark of Rome, Monument of Victor Emanuel II. Now the square is busy with various traffic everyday just like one hundred yeas ago.

Although piazza is as common as pizza in Rome, every piazza has its unique and distinct feature, varying from scale, shape, function and colour. All of them offer good examples to contemporary public plaza design. Since the two-day trip is filled with impression, I want to end with a poem wrote by Edgar Allan Poe (1831), “To the glory that was Greece. And the grandeur that was Rome.”

[1] Culture Trip. (2017). The Most Beautiful Piazzas in Rome. [online]. Available at: <https://theculturetrip.com/europe/italy/articles/the-most-beautiful-piazzas-in-rome/> [Accessed on 17 May 2019]