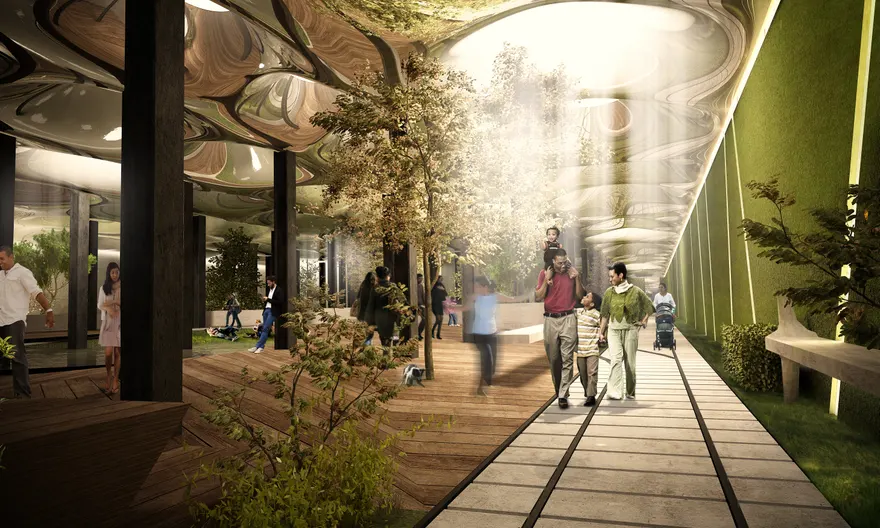 The success of New York’s Highline has inspired a new wave of urban renewal projects and sparked imaginative discussion on how we can best tap into unused and derelict spaces. Amongst these discussions an interesting concept emerged that stood in stark contrast to the elevation of the Highline, that is; We have a highline, why not a Lowline? 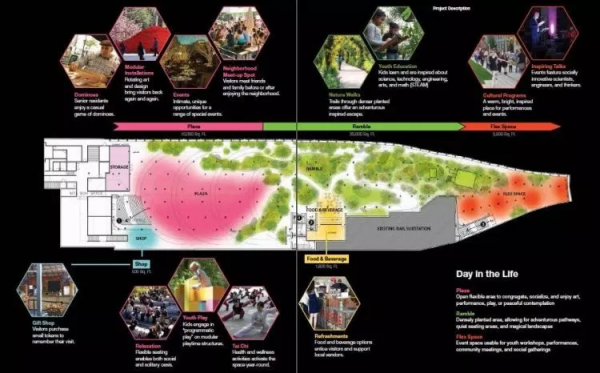 The Lowline, formerly The Delancey Underground, is a proposal for the world’s first subterranean park which was first suggested in 2009. The proposal set out to transform the space creating a year-round 60,000 square foot area of greenspace in the ever-increasing concrete jungle of New York City. They set out to accomplish this through the use innovative solar technology to illuminate the historic trolley terminal in the depths of Manhattan’s public transportation system on the Lower East Side of New York. 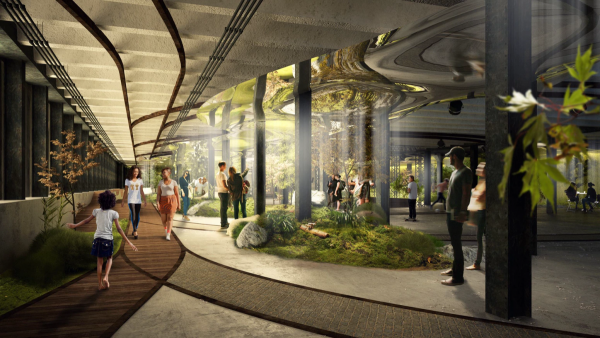 The Lowline’s co-founders Dan Barasch and James Ramsey, who have a keen interest in reclamation of abandoned spaces, saw an opportunity for transforming a space that had been left abandoned for over 60 years by pairing history with technology to revitalise and produce a new interface for community interaction and education. The Lowline makes use of new technology such as remote skylights that filters sunlight underground through fibre optic helio tubes in order to create a green cultural attraction and respite in one of the world’s most dense urban environments. 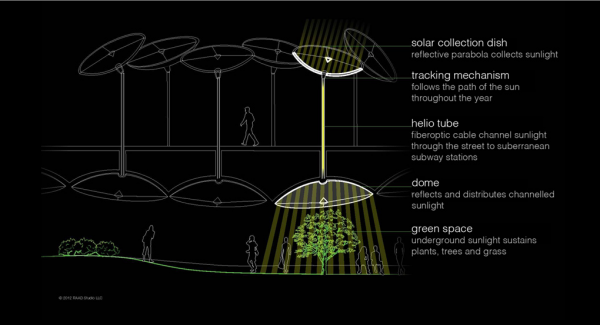 The initial interest in this proposal was brought forward through the Lowline Lab, which was established as a prototype open exhibit created to test and showcase how the project will develop and it’s long term feasibility, the lab showcased over 3,000 plant varieties and provided practical examples of the solar technology over 1,000 square feet. 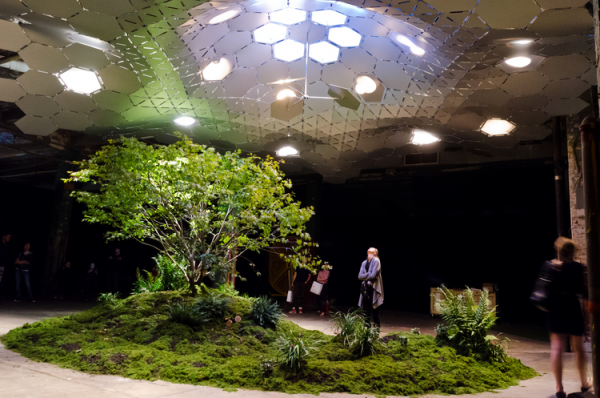 Following the success of the Lowline Lab and its grassroots funding through Kickstarter, the project gained support from a variety of sources, even sparking conversation internationally such as in Paris on how the city should expand both upwards and now downwards. Leading on from the Lowline lab the project has now been approved by New York City and is set to open in 2021 costing approximately $80 million and creating a lasting impression of usable dimensions of cities.

The Guardian. 2019. The upside down: inside Manhattan’s Lowline subterranean park. [ONLINE] Available at: https://www.theguardian.com/cities/2019/apr/06/lowline-park-underground-space-manhattan-new-york-america. [Accessed 7 May 2019].