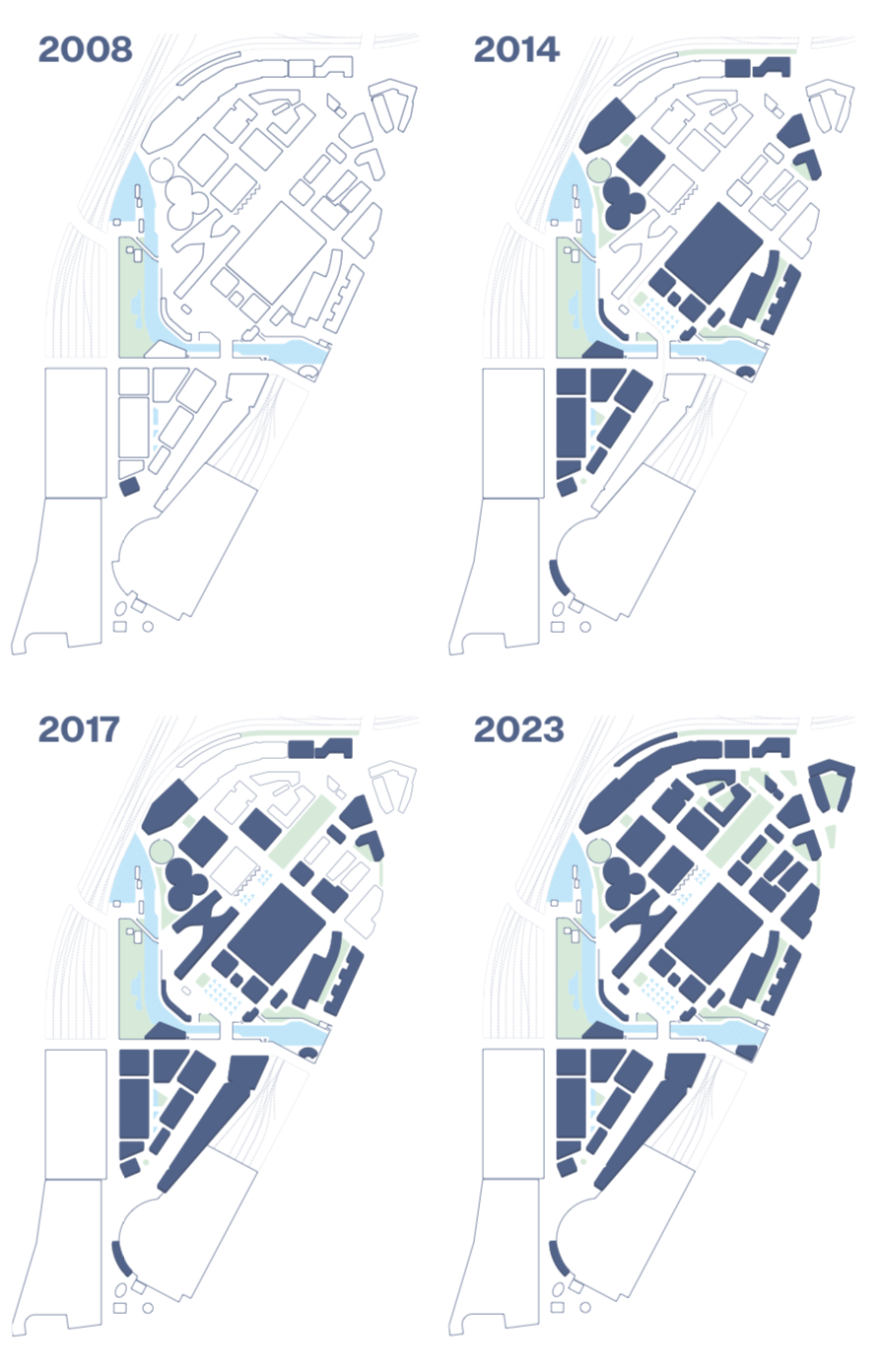 The region of Kings Cross in London epitomises London as a whole. Illustrating the cities ability to evolve and adapt. From the boom of when it was a major railway hub to the bust of the post-war decline. The rebirth of the district in recent times has seen its emergence as a new inviting destination in the city. Due to de-industrialisation and the move away from using rail to transport freight the area of Kings Cross became dilapidated and underused, this resulted in deterring developers away from the district for quite some time.  The new rail link of HS1 and the reopening of the mighty St Pancras Hotel back in the early 2000’s gave rise to the opportunity that this very significant part of London retained. 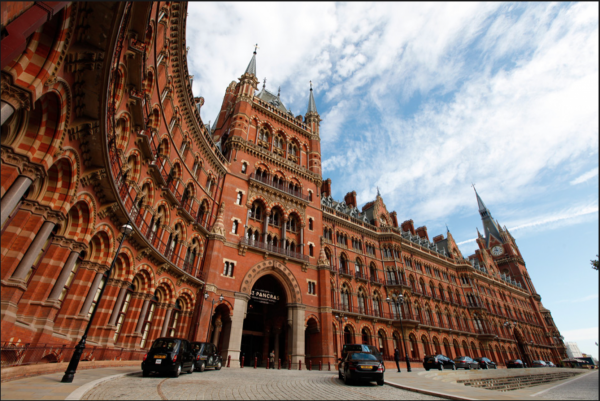 The Kings Cross partnership was then formed to help regenerate the area in 2008. This began to propose a major mixed use plan for the site which was seen as

“…the perfect mix of grittiness and shininess, simultaneously a symbol of London’s industrial and engineering past and the creative present.”

Restoration of historic buildings have been designed alongside new areas and networks of public realm which help to compliment the structures. The first phase of regeneration provided many amenities and leisure activities and gave rise to the area. Two examples of the projects completed so far which I would like to highlight are The Gasholders which is residential and Coal Drops Yard which is retail. Both of these are very elegant when it comes to cherishing and paying homage to the heritage of the structures whilst providing new spaces and places, creating a synonymous combination of old and new. The future is looking bright for the area with large companies like Google constructing a Head Quarters in the upcoming years, Kings Cross has been reborn and will hopefully act as a precedent for those to follow. 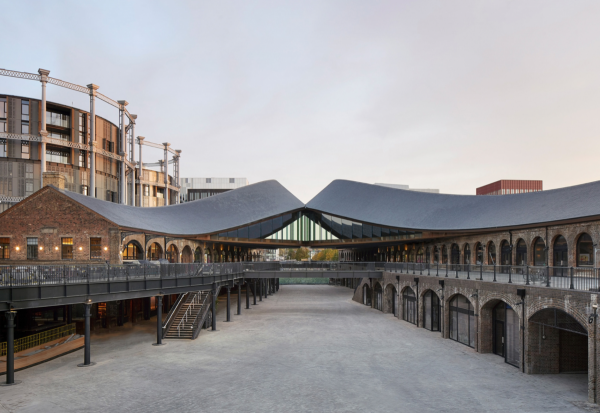 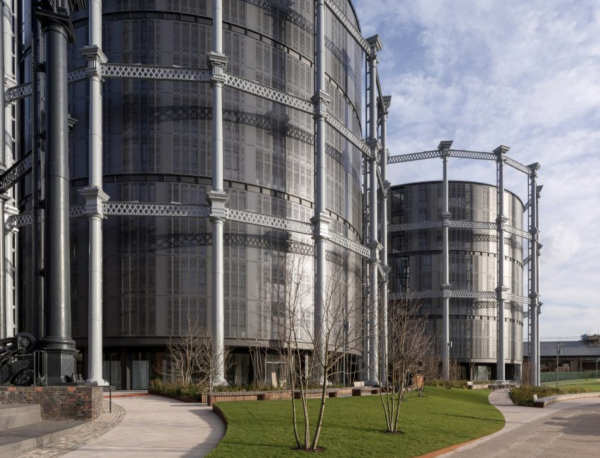